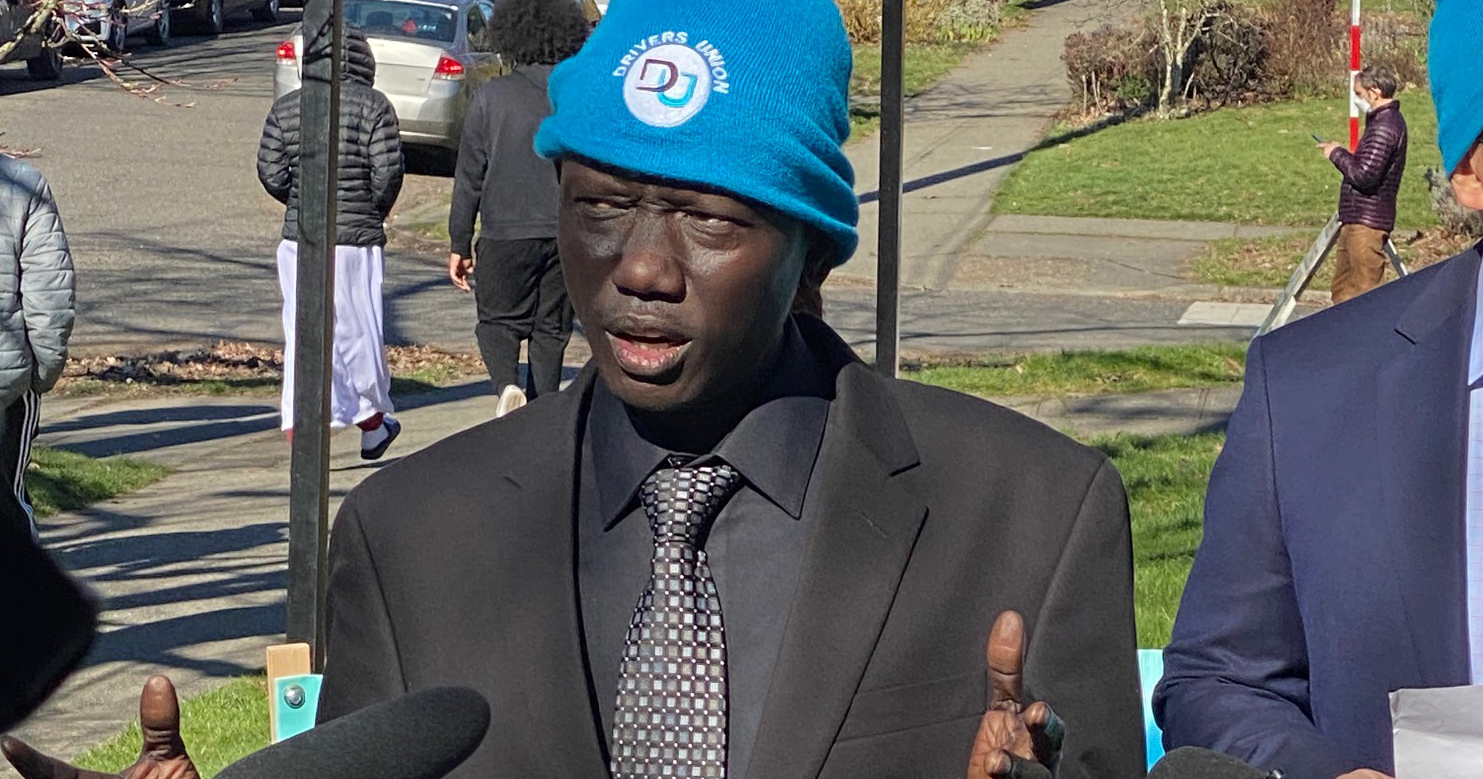 Drivers Union President Peter Kuel calls for passage of groundbreaking legislation that will raise pay and provide protections and benefits to drivers.

The pending legislation, passed by the State House of Representatives on February 19th, would secure the highest labor standards for Lyft and Uber drivers in the country - expanding pay raises, benefits and protections statewide.

“I’m proud to have introduced and passed through the State House first-in-the-nation legislation advancing the rights of Uber and Lyft drivers in Washington,” said State Representative Liz Berry.  “The drivers have been my North Star throughout this process. They have been asking for statewide pay raises, deactivation protections, and benefits – a better quality of life and future. I will continue to listen all the way to the finish line.”

For drivers, this crucial legislation ensures they’re able to earn a minimum wage wherever they drive across Washington and enjoy the basic protections afforded to most workers in the state. The benefits provided are unheard of in other states, including sick leave, workers compensation, and protection against unfair termination.

“As single mother of an amazing autistic 9-year-old daughter, having access to earn paid sick days would be a major benefit,” said Jennifer Heinlein of Vancouver who has been driving for Uber and Lyft for 3.5 years. “Last month, when we had a COVID exposure, I had to stay isolated with my daughter at home following school rules. It was hard on the family budget to go without pay, and paid sick days would have made a big difference.”

Tacoma driver Francis Kamau, who has been driving for Uber and Lyft for seven years, explained that a statewide legislative fix is necessary to protect drivers from working for below minimum wage: “Over the years, drivers have seen pay cut after pay cut from Uber and Lyft. It’s gotten to the point where Tacoma pay is so low that even after giving back-to-back rides during peak hours, we’re making less than minimum wage after expenses. Winning a statewide pay raise with cost of living increases is important for drivers to pay the bills and put food on the table for our families.”

The legislation builds on a decade of driver organizing winning nation-leading labor standards in the City of Seattle. With just 10 days remaining in the state legislative session, hundreds of drivers signed a petition calling for a Senate vote.

“By organizing together, drivers in Washington – mostly immigrants like me – have been quietly winning the highest labor standards in the nation,” said Peter Kuel, President of Drivers Union and an Uber and Lyft driver since 2014. “It is time to expand on that success, and for Washington state to continue to lead.”

Seattle’s more than 30,000 Uber and Lyft drivers are made up largely of immigrants and people of color.  In fact, 30% of drivers and their families rely on food stamps in King County and 24% of drivers in the county are living in federal poverty (Parrott & Reich 24).