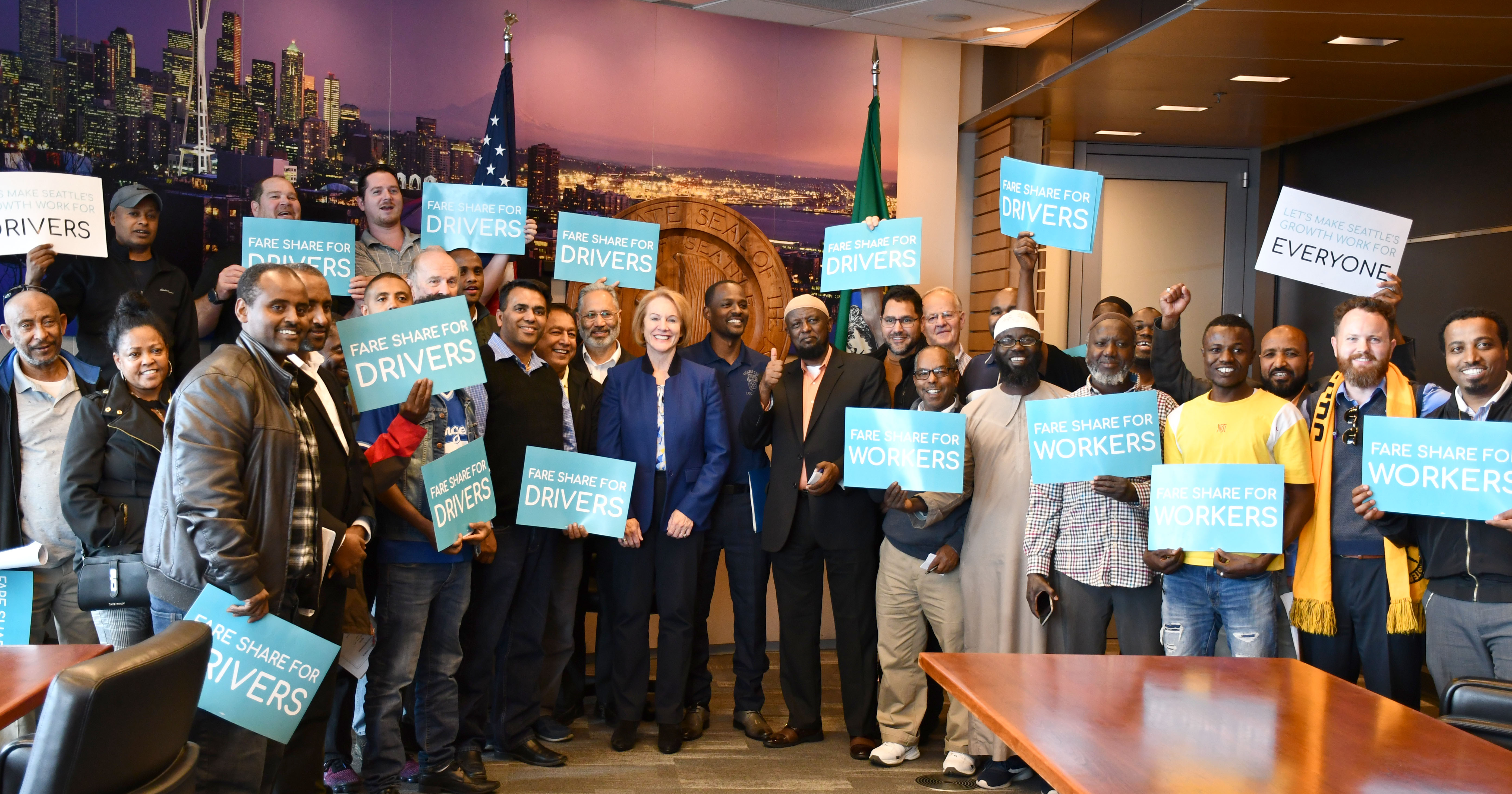 Seattle Uber and Lyft drivers celebrated the passage of Mayor Jenny Durkan’s ‘Fare Share’ plan by the City Council, calling it a historic victory that will provide long-sought labor protections and lead to higher pay for the City’s 30,000 ride-hail drivers.

This groundbreaking legislation establishes first-in-the-nation legal protections against unwarranted deactivations. The legislation will also establish a Driver Resolution Center to provide a wide range of support services to drivers.

“After I was hit by an uninsured motorist, Uber shut off my app. Uber calls it deactivation, I call it getting fired for no reason,” says Bob Gulbranson, who has driven for Uber for several years. “This legislation gives drivers a voice and a chance to be treated fairly.”

In addition to creating a grievance process and funding a worker organization for drivers, the legislation mandates that all drivers be paid no less than Seattle’s minimum wage after expenses by July 1, 2020. The City will commission an independent wage study with driver input to determine appropriate pay for drivers based on hours worked, expenses incurred, and benefits.

At today’s City Council budget hearing, drivers said they were eager to participate in the study to help develop a fair pay standard so that they can finally earn a living wage after expenses and stop the race-to-the-bottom in Seattle’s ride-hail industry.

The legislation is funded through a 51-cent tax on trips by ride-hail giants Uber and Lyft. Proceeds from the fee will also support community investments in affordable housing and transit improvements so that drivers and other working families in Seattle have a greater opportunity to live closer to where they work.

Teamsters Local 117 has worked with the App-Based Drivers Association to improve conditions for drivers in Seattle’s ride-hail industry. Both organizations are members of a Fare Share coalition of over 60 housing, transit, labor, environmental, health, and social justice groups that have come together to support the legislation and to make sure Seattle’s growth works for everyone.