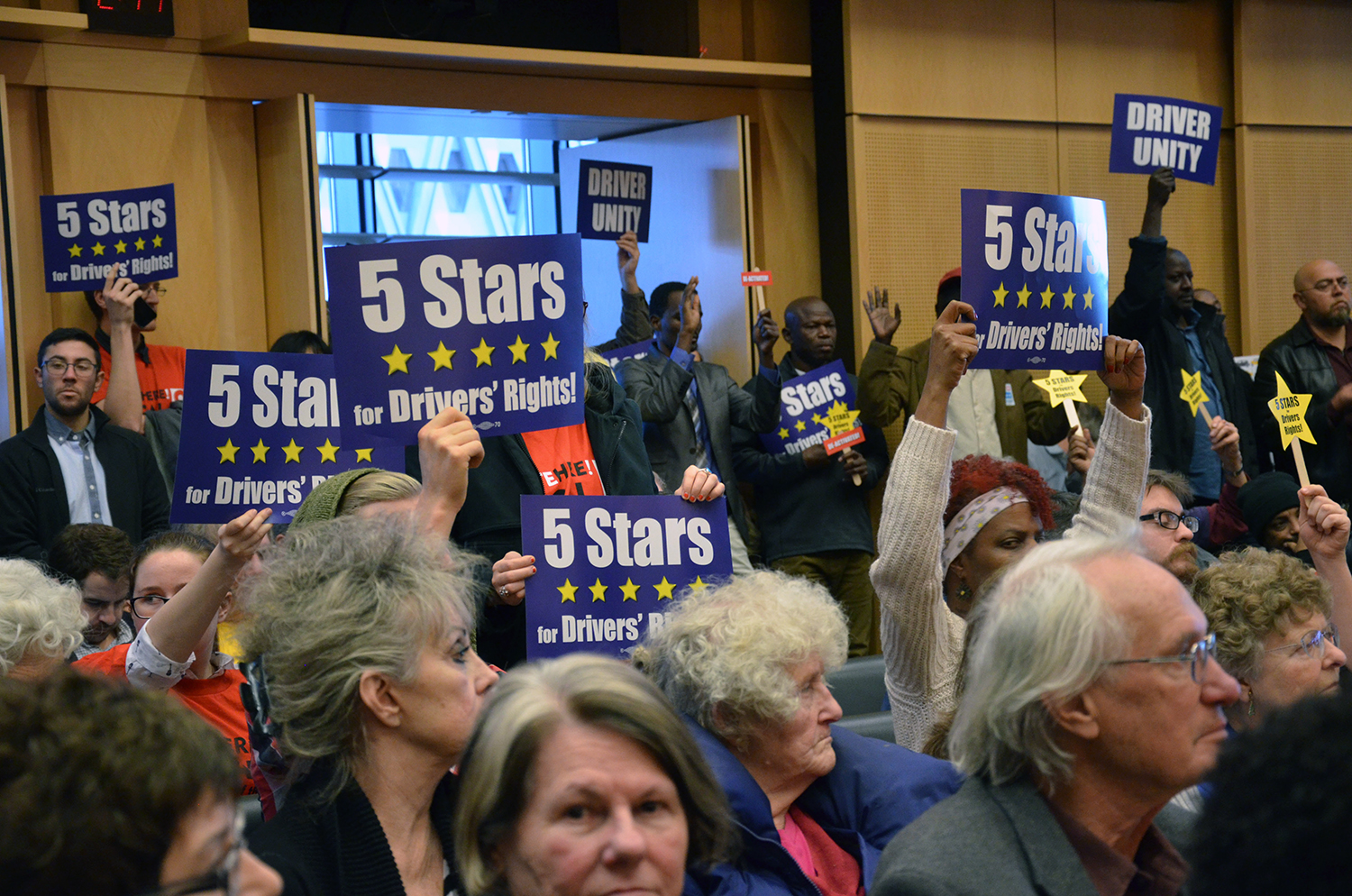 Drivers celebrating the passing of the historic Seattle ordinance allowing them to form a union.

Taxi, Uber and Lyft Drivers in Seattle scored a major victory this week when a federal judge threw out a lawsuit challenging the Seattle ordinance giving drivers collective bargaining rights.

The judge ruled that the U.S. Chamber of Commerce could not stop the implementation of the ordinance that was unanimously passed by the City Council.

Taxi and app-based drivers have now cleared a major hurdle toward having a voice over their wages and working conditions.

The drivers who worked for years getting the Seattle law passed celebrated the decision.

On his Facebook page, Takele Gobena, a driver and member of the App-Based Drivers Association, wrote: “From the very beginning, we have had the justice on our side. Workers win!

Uber, Lyft, and taxi drivers in Seattle fought tirelessly for this ordinance after seeing their pay dwindle and feeling ignored by their respective dispatch companies.

These drivers are classified as independent contractors and lacked the ability to negotiate collectively over the conditions of their work. The law was groundbreaking because it made these drivers the first in the nation who had the ability to form a union to address their issues.

Drivers will now have the ability to bargain over issues like pay and deactivation policy. Because drivers will decide their priorities in bargaining, they will be able to maintain their flexibility and other items they don’t want to see changed.

The city is still finalizing rules around how the collective bargaining process will work. One of the issues the city is deciding on is who will vote to elect a drivers’ union and what the voting process looks like.

For years drivers have operated without a voice. They have seen their incomes decrease dramatically. Gaining a voice has never been easy, but today drivers are one step closer to earning a living wage.