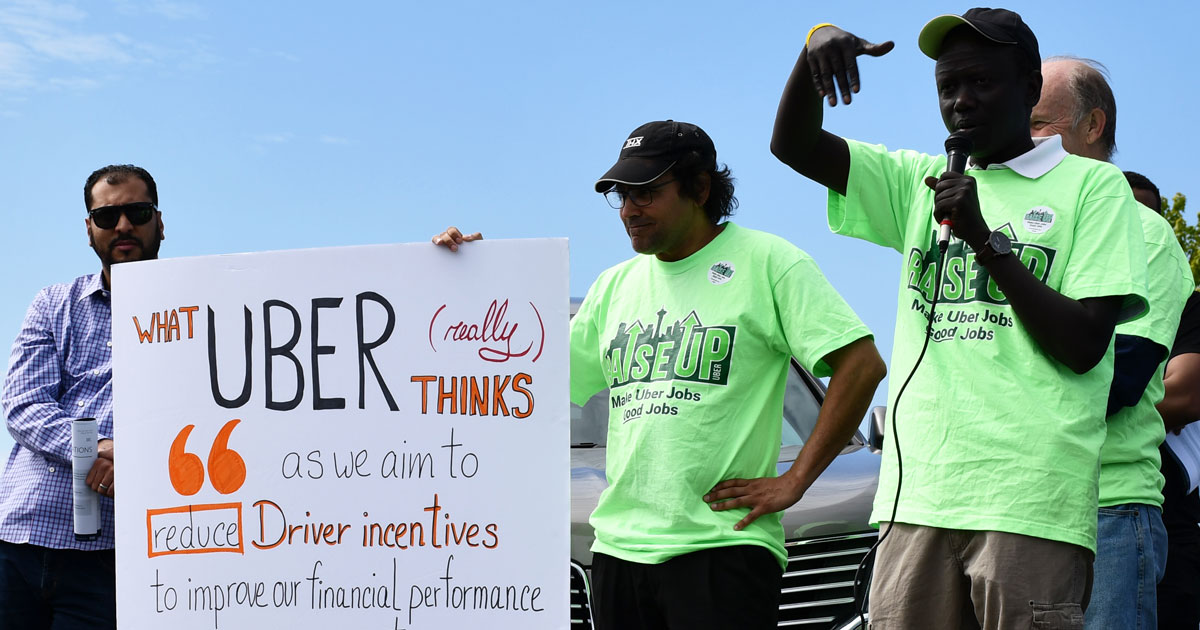 Uber driver Peter Kuel speaks out at a driver rally demanding fair pay and a voice.

Uber and Lyft drivers in Seattle exposed an Uber-controlled special interest group for trying to silence a growing driver-led movement for fair pay in Seattle by organizing a company-orchestrated PR event at City Hall.

“We don’t need an Uber-funded special interest group to speak for us,” said Peter Kuel a Leadership Council member of the App-Based Drivers Association, and a driver who has driven over 27,000 trips on Uber and Lyft over the last 5 years.  “Let’s be clear. Drive Forward is a special interest group that was founded by Uber. They are funded by Uber. And their board is controlled by Uber. It’s insulting, but unfortunately not surprising, that they are trying to silence our growing driver-led movement for fair pay, due process on deactivations, and a voice.”

According to Drive Forward’s 990 filings with the IRS, the principal officer of the board is an Uber public affairs director. The organization was formed by Uber to oppose city legislation to give drivers the right to form a union.

“Today’s Drive Forward event was organized by Uber operatives to respond to a series of escalating driver-led actions in Seattle and around the country,” Kuel said. “Drivers are demanding a voice and they want to silence us.”

On May 30, Kuel was one of more than one hundred ride hail drivers who took their vehicles on a slow procession through Seattle neighborhoods to call for better working conditions at Uber and Lyft. Drivers ended their caravan at Seattle City Hall where they delivered their demands to City officials for fair pay, a due process to appeal deactivations, and a voice.

Along with a list of demands for better working conditions, drivers delivered a new report to City officials exposing how Uber and Lyft are pocketing an increasingly greater share of rider payment in the Seattle market while drivers are earning less.