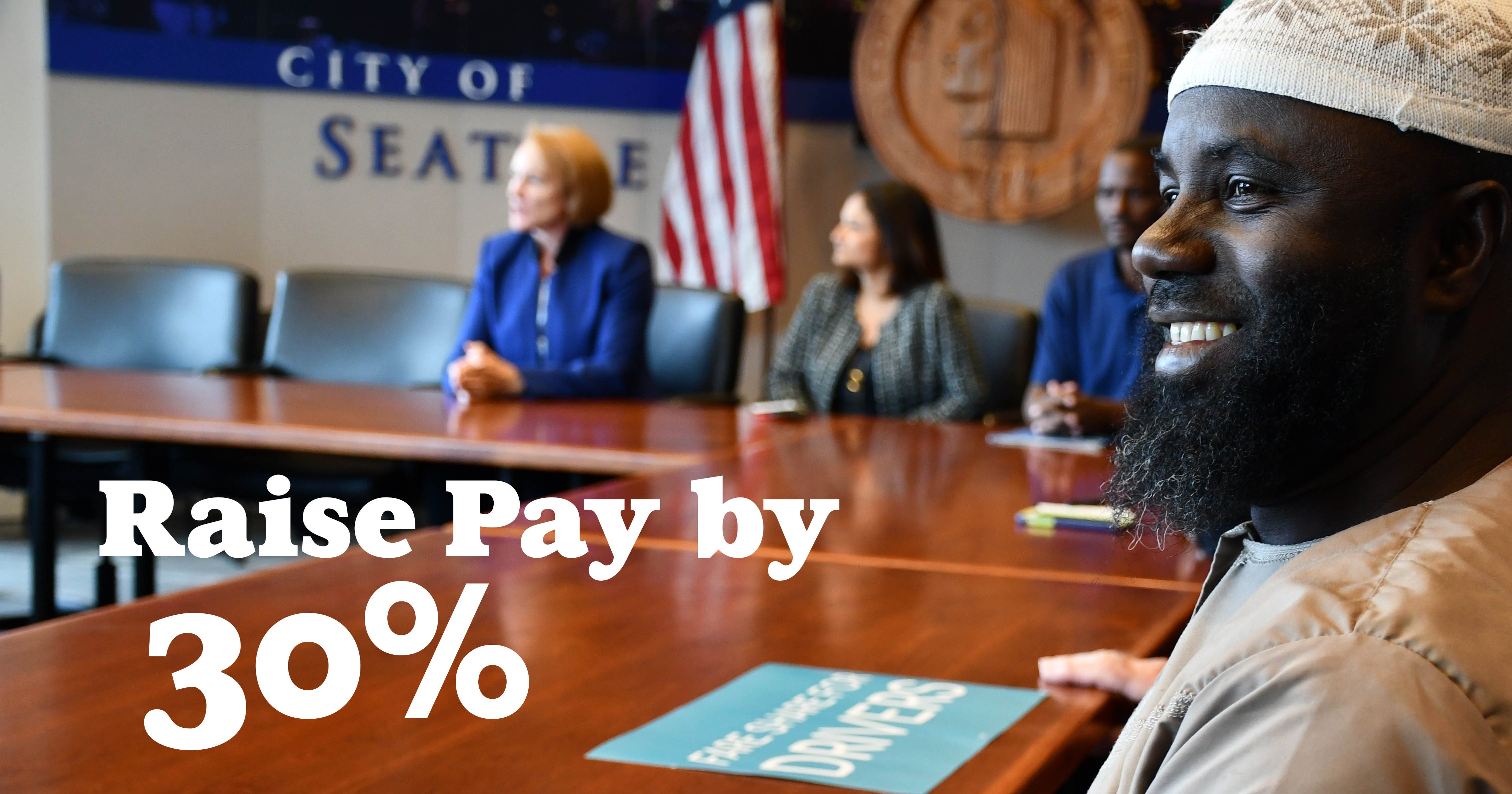 The Mayor of Seattle just announced legislation to raise pay for Uber and Lyft drivers by at least 30%.

Thanks to drivers taking action, we are close to winning the pay raise you deserve.

Think about that – when have drivers EVER received a pay raise from Uber and Lyft?

If we pass a Fair Pay law in Seattle, the days of pay cuts are over.

Instead, drivers will win pay raises every year the cost of living goes up.

Make no mistake – this fight is not going to be easy.

Uber and Lyft are already spreading misinformation to scare drivers from fighting for Fair Pay.

The Mayor’s plan is an important first step towards fairness, but we’re not done fighting for improvements.

As the legislation moves to City Council, Drivers Union is demanding increases to mileage pay, transparency on company commissions, a minimum $5 payment on every trip, and fairness on vehicle age requirements for UberBlack SUV drivers.

You can help by signing our petition, and sharing with every driver you know.