Council committee approves drivers demands for a 40% raise in Seattle 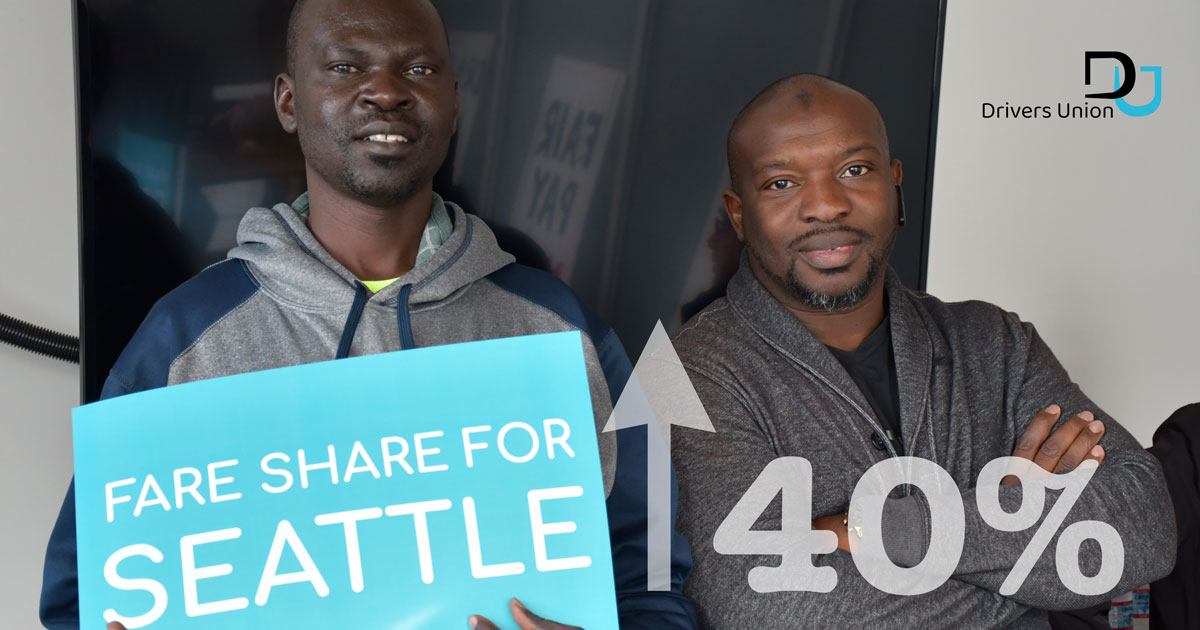 A Seattle City Council committee just voted to increase the pay raise for Uber and Lyft drivers in the proposed Fare Share Plan.

The Mayor initially proposed a 30% raise.

After Drivers Union fought for a bigger increase, Councilmember Teresa Mosqueda led her committee to vote to increase your proposed pay raise to 40%.

The full council will vote next.

Last week, Drivers Union delivered a petition signed by more than 1600 drivers calling for improvements to the Fare Share Plan.

Because of activism from drivers like you, Councilmembers voted today to:

That adds up to a 40% pay raise, combined with other provisions in the Fare Share Plan that nearly triple driver pay per-minute to $0.56/min, and enact yearly cost of living increases.

We are winning. But, it’s not over yet.

Uber and Lyft will do everything they can to stop drivers from winning the pay raise you deserve.

Will you email City Hall right now and tell them to pass Fair Pay?