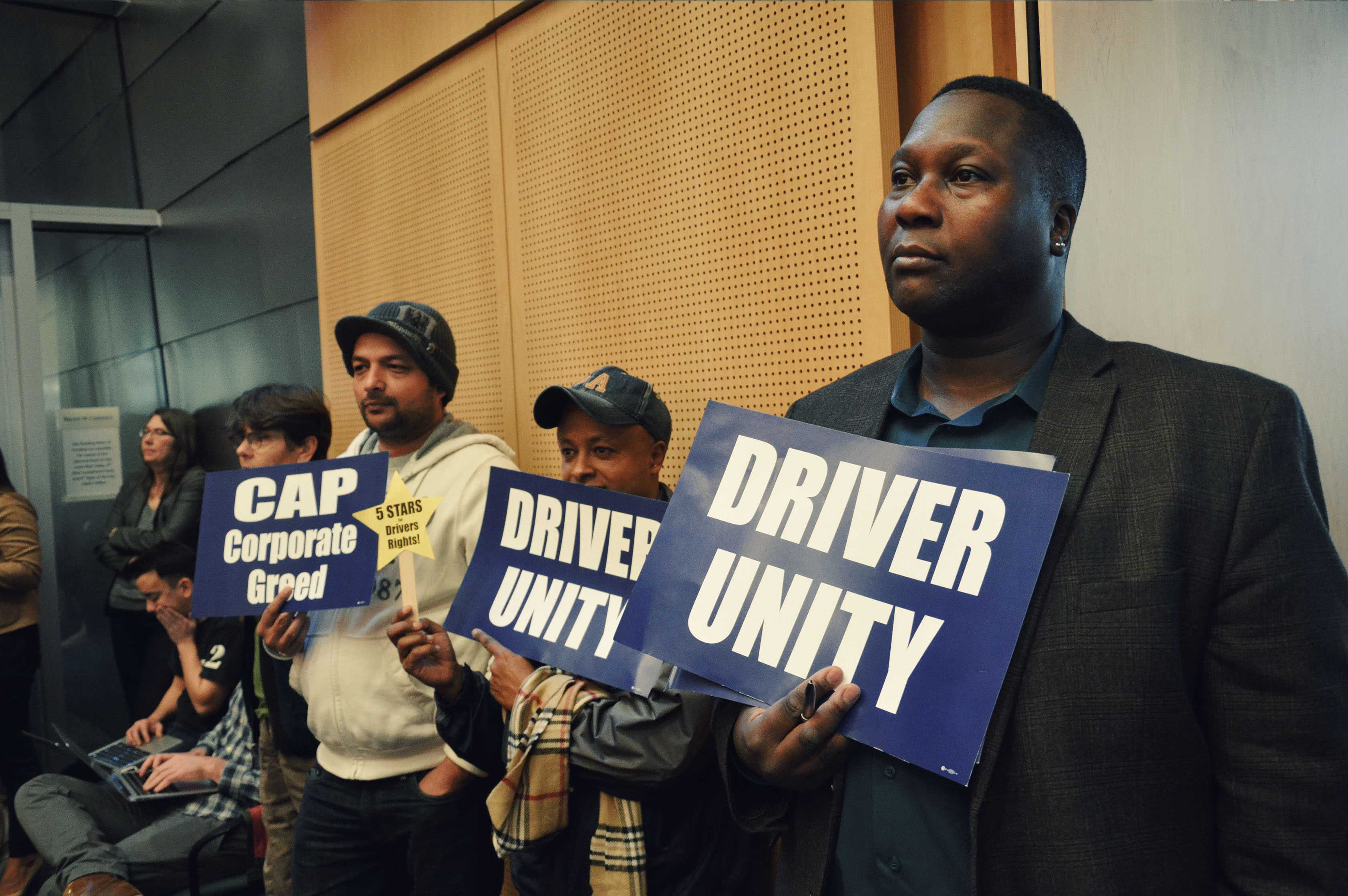 Drivers in Seattle’s for-hire industry won the right to collectively bargain over their wages and working conditions through an initiative passed 8-0 by the City Council today.

Drivers and community supporters celebrated the bill’s passage, calling it a turning point toward greater protections for workers in a changing economic landscape. “By giving us rights, this law will help all of the drivers and also help our communities,” said Peter Kuel, an Uber driver and member of the leadership council of the App-Based Drivers Association.

Under the proposal, drivers would have the ability to come together to choose a non-profit organization to represent them. Once authorized, the organization could engage in collective bargaining on the drivers’ behalf. The new law would apply to all taxi drivers, for-hire drivers, and drivers for app-based dispatch companies, such as Uber and Lyft.

Over the past several months, for-hire drivers have become increasingly vocal about the need for change in the industry. “Since I started driving for Uber, Uber has cut our pay without notice, terminated drivers without giving a reason, and blocked our efforts to improve our working conditions. We’re looking for fairness and the ability to earn a living wage,” Kuel said.

Taxicab operators also expressed their support of the proposal. "As a cab driver, making a living has become really hard," said Aamar Kahn, who drives a wheelchair accessible taxi for Yellow Cab. "All we are asking for is a level playing field and that can't happen until drivers have the right to speak up."

Because of their disputed status as independent contractors, for-hire drivers don't have the ability to unionize through a traditional NLRB election process, and they aren't covered under Seattle's wage theft, sick leave, or new $15/hr minimum wage law.

To address these inequities, drivers approached Teamsters Local 117 for assistance in getting organized. Taxi drivers formed the Western Washington Taxicab Operators Association in 2012. In 2013, drivers for app-based dispatch companies formed the App-Based Drivers Association. Both organizations work closely with Teamsters Local 117 to ensure that drivers are treated fairly.

“I want to congratulate drivers on winning a major victory today,” said John Scearcy, Secretary-Treasurer of Teamsters Local 117. “All workers, no matter where they work or the nature of their work, deserve the opportunity to have a voice. The Universal Declaration of Human Rights identifies the right of workers to bargain collectively as a fundamental human right. Now these workers have that right.”

While both Uber and Lyft have indicated they may challenge the drivers’ right to have a voice in the courts, drivers were undeterred. "This bill means a lot to us drivers," said Fasil Teka of the App-Based Drivers Association. “It can have a positive impact, not just for drivers in Seattle, but for independent contractors across the country.”