On trips that start outside of Seattle (like the Airport), the Seattle Fair Pay law requires Uber and Lyft to pay drivers at higher rates once you enter Seattle City limits.  (For more information on your rights under the law, click here.)

While drivers report that Lyft is currently paying drivers the higher Seattle rates immediately, Uber is initially paying at outside Seattle rates and then later providing a “pay supplement.” 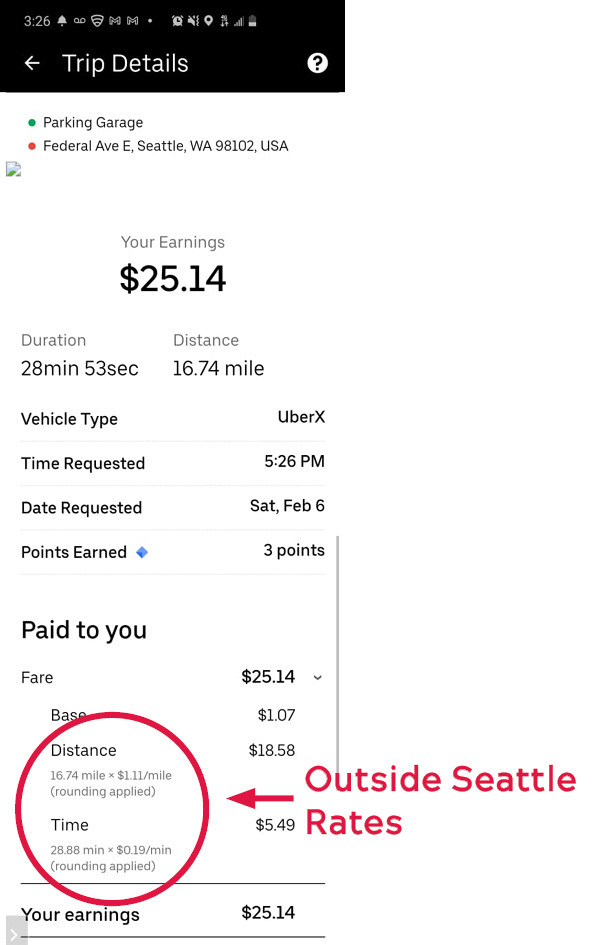 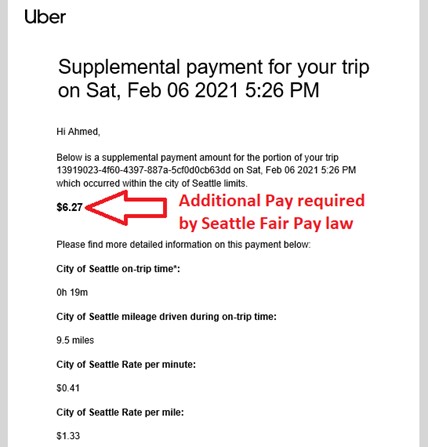 3. Payment in App. Uber is not currently processing payment immediately. We’re noticing that they are taking several days to post supplemental payments to drivers accounts in-app.

That creates lots of frustration and confusion, with drivers rightfully saying: “We want pay, NOT an email!”
When payments do show up, they are called “SEA Driver Pay Law Surcharge” and are listed in “Earnings Activity” on the day the payment was added to your account (not the day that you took the trip). 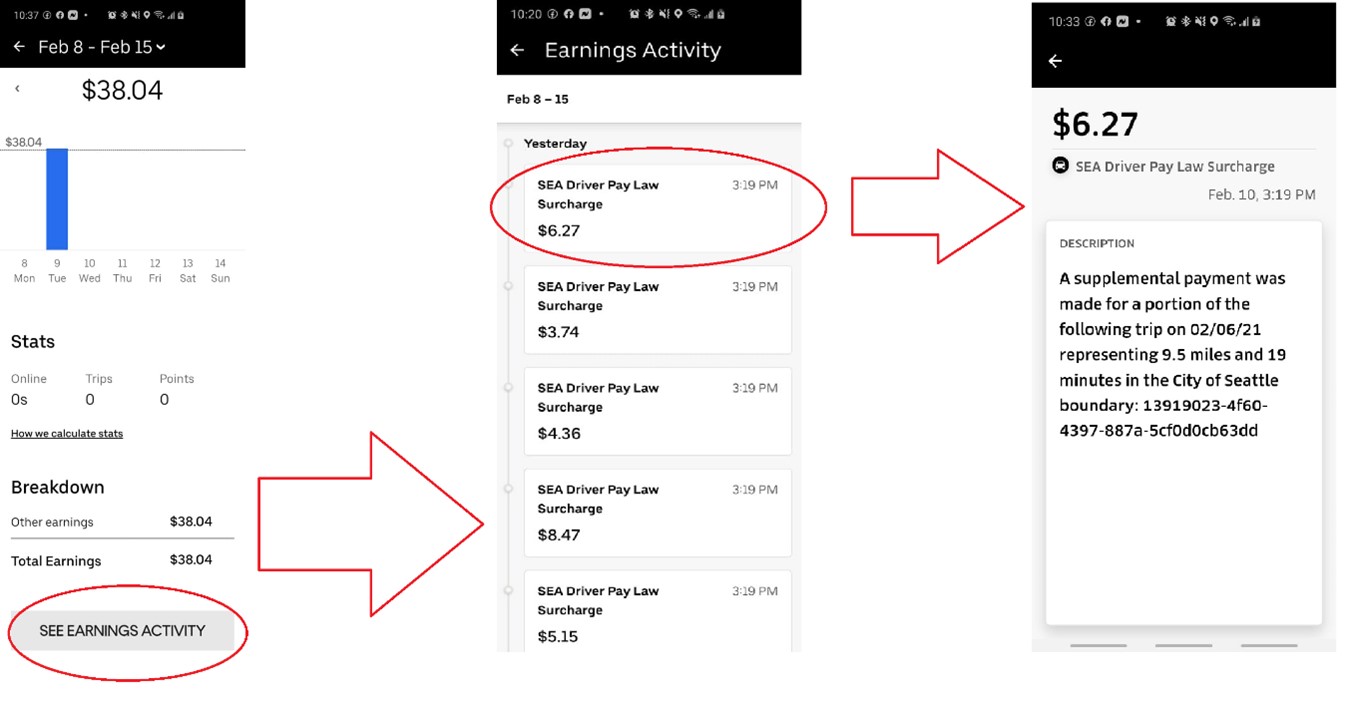 Drivers Union is fighting for fair rules so that drivers have a clear and transparent way to ensure you are being paid what you are owed.
You can help Drivers Union fight to enforce your rights.  Report any violations here.