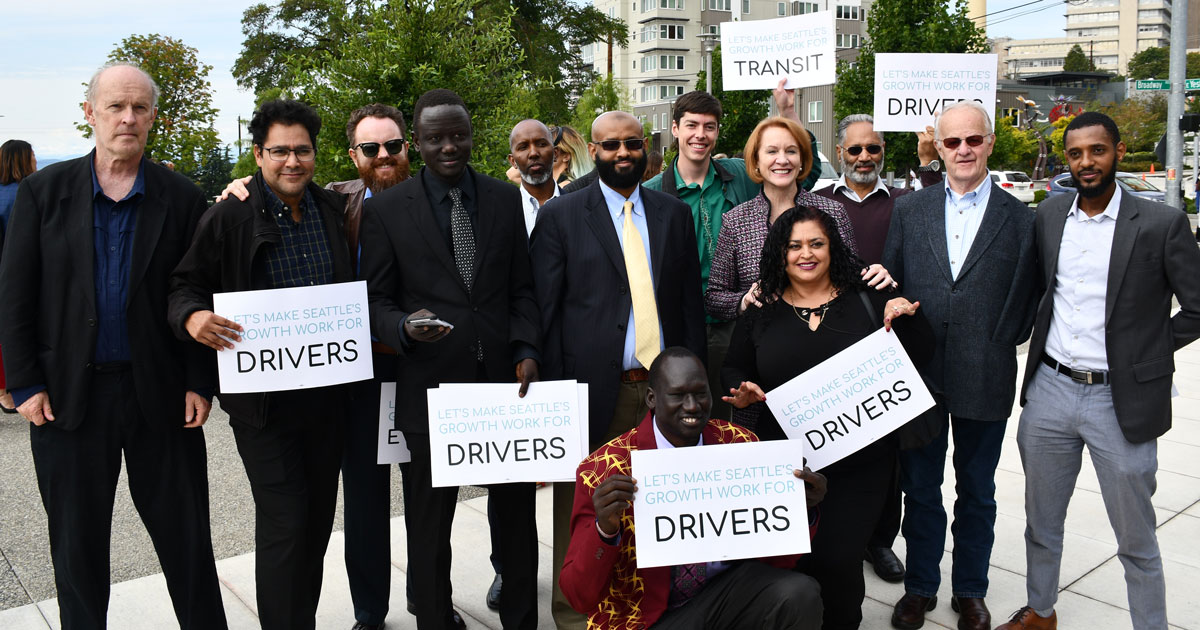 The mayor has proposed establishing a fair pay standard for Uber and Lyft drivers with additional compensation for worker benefits and driving expenses. Her plan calls for the City to engage the driver community for input in developing the fair pay standard, and to commission a study to evaluate driver earnings, the cost of benefits, mileage expenses such as insurance, repairs, gas, and vehicle maintenance, and fair compensation for all working time.  All of those costs would be considered in determining pay standards for drivers.

What is being proposed on driver deactivation?

The plan calls for a new impartial process for drivers to appeal unfair deactivations. Drivers who have been deactivated by a TNC platform would have access to a fair, timely hearing with experienced representation before an independent appeals panel that includes driver representatives.

What else is in the plan?

The mayor is also proposing a fee of .51 cents on TNC trips to fund driver support services including deactivation representation, as well as community investments in affordable housing and public transportation improvements starting early next year.

When would the compensation proposal go into effect?

The mayor’s “Fare Share” plan to guarantee fair pay for drivers is scheduled to go into effect on July 1, 2020.

Teamsters 117 has joined a coalition of driver, labor, housing, transit, environmental, and social justice organizations to support guaranteeing fair pay for drivers, establishing a process for drivers to appeal unfair deactivations, and making community investments in affordable housing and transit.

What led to the mayor’s announcement?

Drivers have been taking action for fair pay, the right to appeal unjust terminations, and a voice with benefits.  In May, Teamsters 117 together with Seattle Uber and Lyft drivers brought these demands to City Hall, met with Mayor Durkan, and delivered a report exposing how Uber and Lyft are pocketing an increasingly greater share of rider payment in the Seattle market while drivers are earning less.

While it's great that we have the attention of the mayor on issues we've been working on for years, drivers need to organize to make sure that the Mayor's fair pay standard addresses our concerns. Now more than ever we need to stand together for fair pay and a voice on the job.