Teamsters Weigh in on the "Gig Economy" - Drivers Union 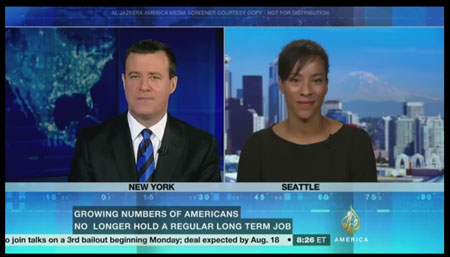 Teamsters who have partnered with members of the App-Based Drivers' Association have been in the news recently talking about the impact that the so-called "Gig Economy" is having on workers.

On Friday, July 24, Dawn Gearhart, a Business Representative at Teamsters Local 117, appeared on national news to call for sensible regulation of companies like Uber to ensure that workers are treated fairly and have an opportunity to earn a living wage.

"I think if we have drivers at the forefront talking about what's important to them and put in basic protections... workers' comp... basic insurance, basic safety, and some standard for the minimum income, that these drivers... can make a living wage doing this job," she said.

Both Gearhart and Local 117 Director of Organizing, Leonard Smith, discussed Uber's economic model with Emily Greenhouse of Bloomberg Politics in an interview for her piece on how changes in the economy could impact the presidential race.

“When you take a look at it from a labor standpoint,” said, Leonard Smith, director of organization and strategic campaigns for Teamster Local 117 in Seattle, “this is a reworking of labor brokers.”

“Longshoremen,” he explained, “used to have these shape-ups on the docks: they would show up to get a day or two of work unloading ships. And they would have to pay just to be hired for the day. Uber simply tells people, we’ll connect people with the ride and you give us a percentage of the meter. It’s got all the same attributes of exploitations that those previous attempts as well.”

Smith said, “The way that it pulls workers and work together is just the reworking of an old idea.”

Dawn Gearhart, who works with Smith as a business representative for Teamsters Local 117, stressed the attention Uber gives in its branding, for instance in calling drivers “partners,” when their entire labor environment and conditions are dictated by the company, where workers have to accept any new terms of agreement, where a low rating can get them deactivated—a form of termination—without explanation. Gearhart said, “They have been able to frame the narrative in terms of innovation instead of regulation, in terms of upending the taxi industry instead of being a good employer.”