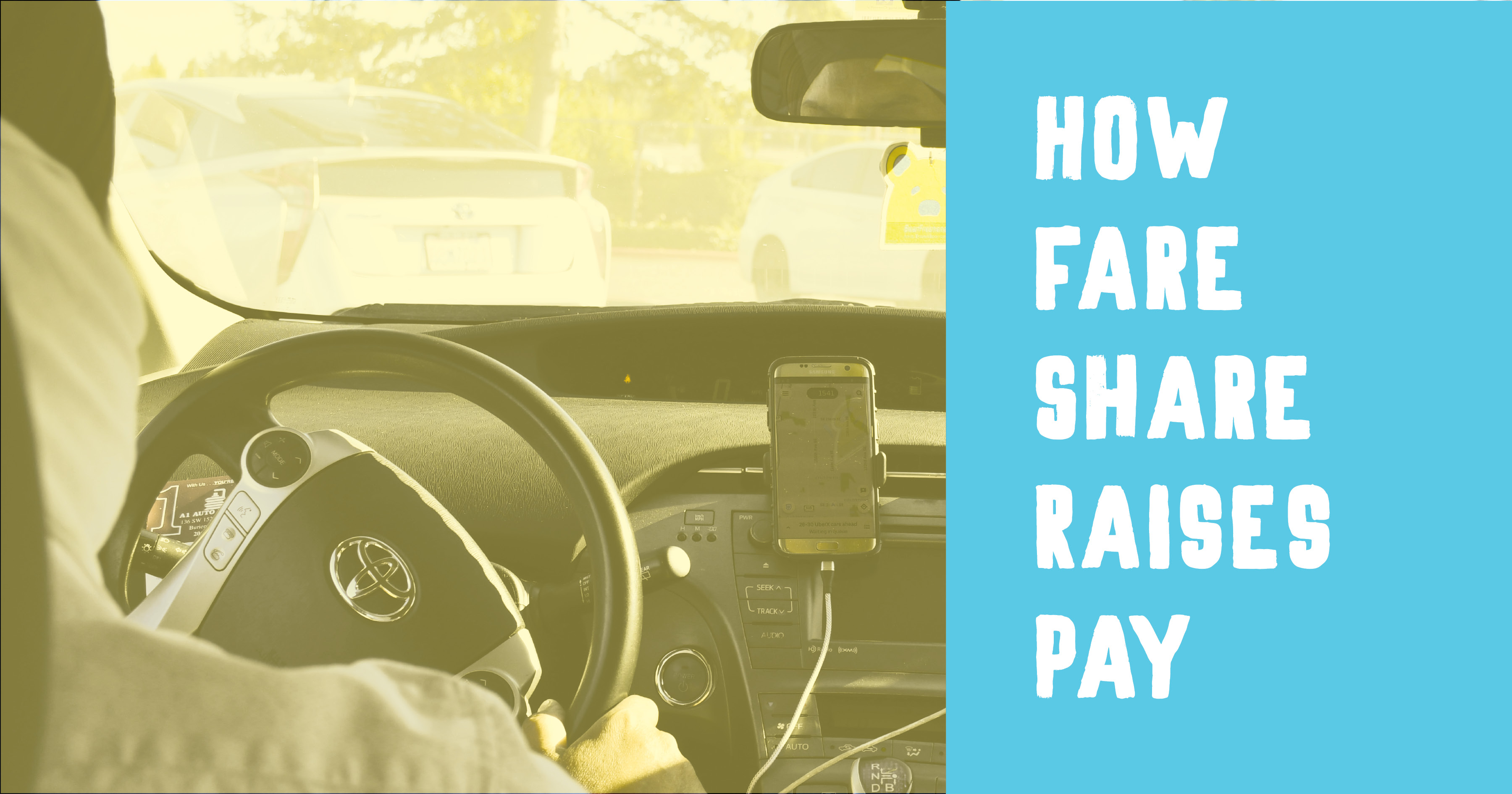 The Mayor of Seattle has proposed raising pay for Uber and Lyft drivers by 30%.

How does the Mayor’s Fare Share plan raise driver pay?

That would translate into a 30% raise on average if passed into law.

Add it up throughout the day, and a driver is estimated to increase earnings by more than $65 after 10 hours of work.

Want to check for yourself? Take a look at your most recent trips and calculate how much you would have been paid if you were paid $0.56/minute and $1.17/mile.

Do drivers deserve to be paid even better than this?

YES! That's why Drivers Union is fighting to build on the plan with higher per-mile pay, fairness & transparency on commissions, protections for Blackcar & SUV drivers, and other living wage improvements.