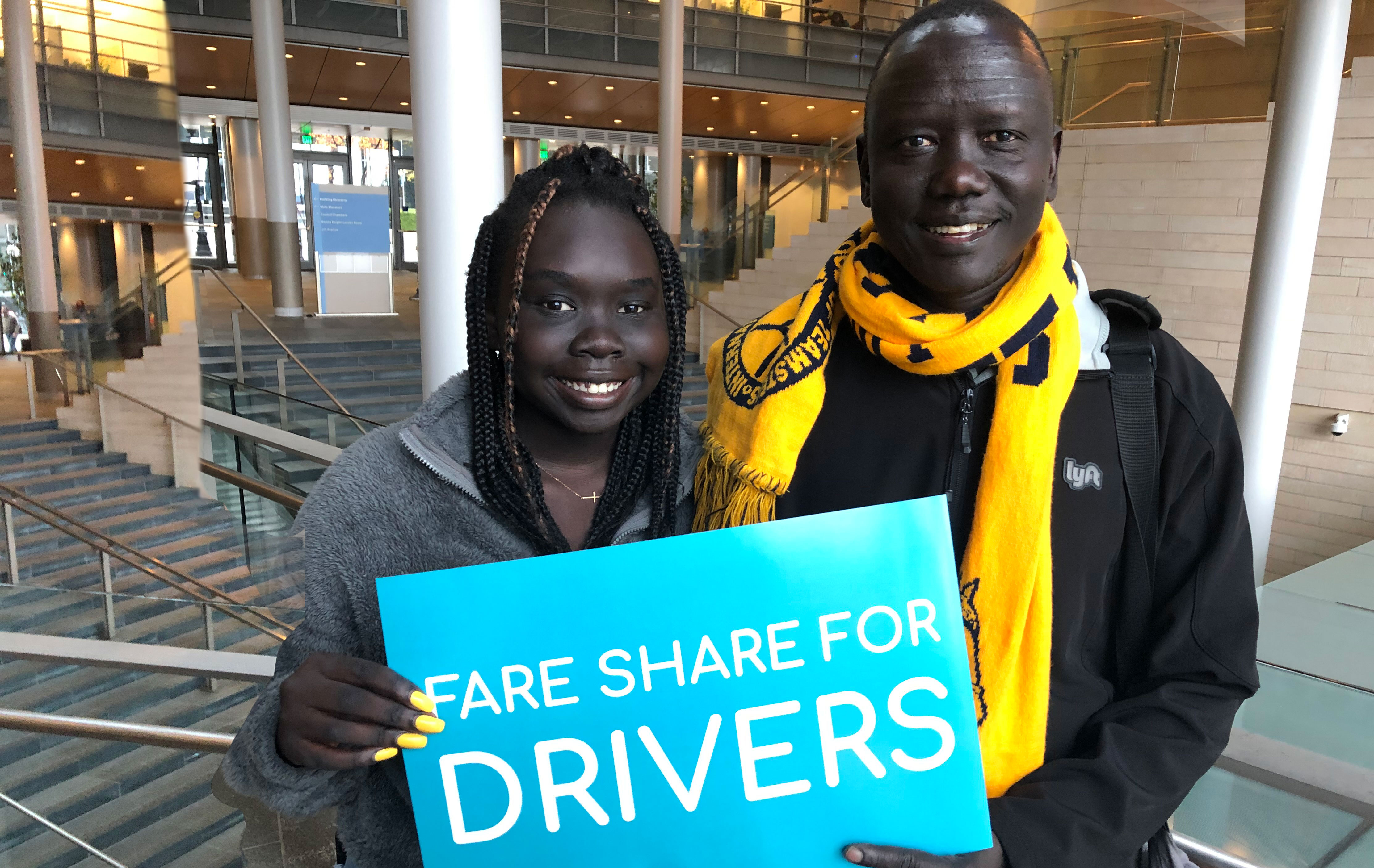 Drivers Union president Peter Kuel (r) with his daughter at City Hall. Kuel has been fighting for fair pay for Uber drivers since 2014.

Today, Uber and Lyft drivers with the Drivers Union celebrated the passage of a Fair Pay standard by a unanimous 9-0 vote by the Seattle City Council, further cementing Seattle’s position as a national leader on groundbreaking labor protections for gig workers.

The pay standard establishes the highest legislated earnings floor drivers have achieved in the nation, built to ensure that pay never falls below Seattle’s minimum wage after expenses.

The labor victory comes on the heels of Seattle passing first-in-the-nation sick pay and hazard pay for gig workers, and completes Mayor Durkan’s Fare Share Plan, which includes the nation’s first protections against unwarranted deactivation, and funding for driver support services through a Driver Resolution Center.

“Historic victories like this should serve as an inspiration for all gig workers around the country of what is possible through organizing together as a Union to demand fair treatment.”

“Uber and Lyft drivers in Seattle are at the forefront of a resurgence of the labor movement,” said John Scearcy, Secretary-Treasurer of Teamsters Local 117. “It is inspiring to stand alongside Black and brown immigrant workers – those who have been excluded from the protections of 20th Century labor laws – rising up to say ‘Enough is enough – if the old laws don’t protect us and lift up the dignity of our work, we will make new ones.’”

The Fair Pay standard is built off of over a year of stakeholder outreach, surveys and townhalls which engaged thousands of drivers, and recommendations from a city-commissioned independent study that found that Uber/Lyft drivers in Seattle often earn less than minimum wage after expenses.

Implementation of the Fair Pay standard and other groundbreaking protections in the Fare Share Plan will occur in 2021.

The Fare Share Plan has been backed by a coalition of over 65 housing, transit, labor, environmental, health, and social justice groups that came together to make sure Seattle’s growth works for everyone.