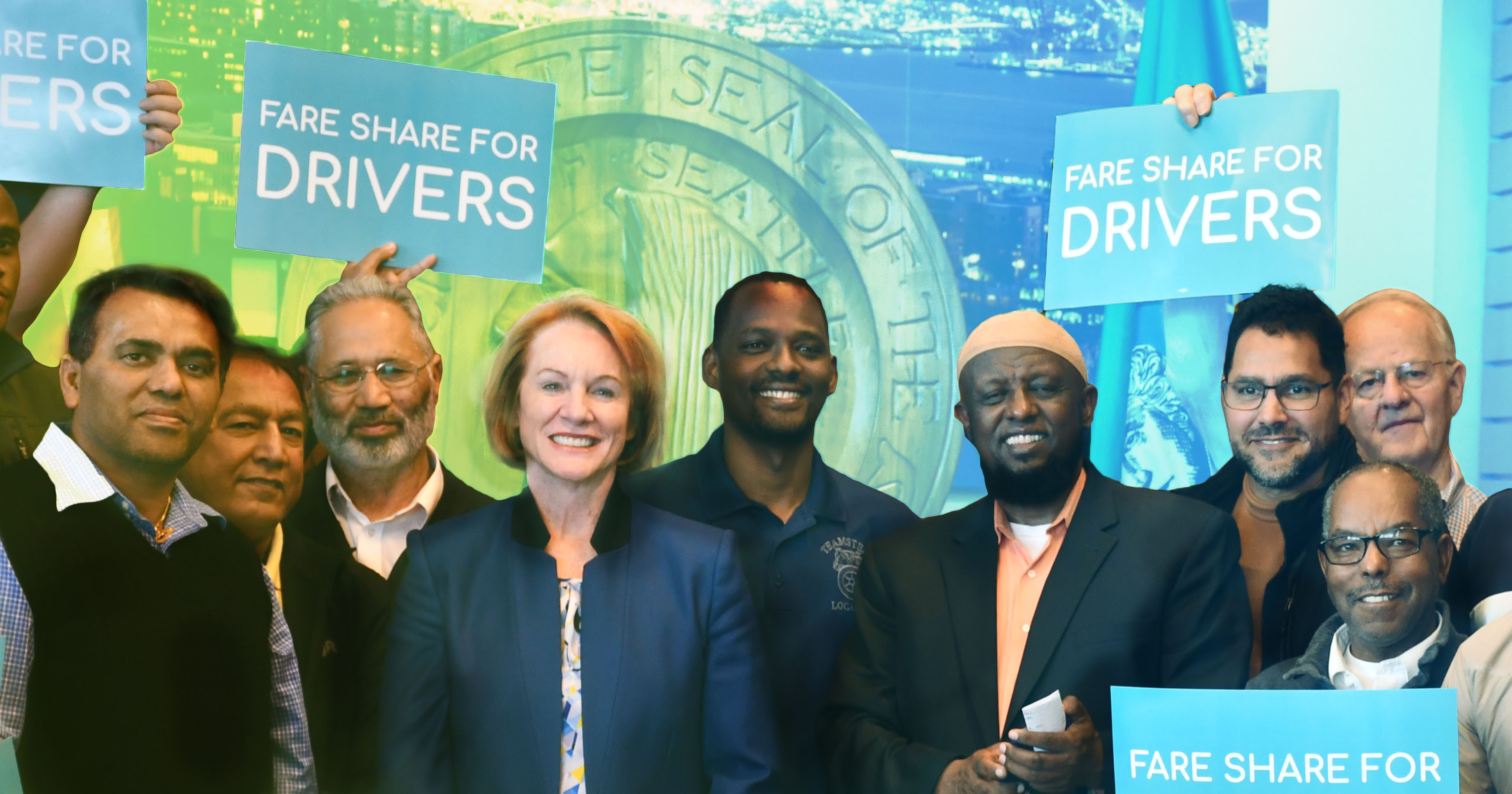 Today, Uber and Lyft drivers with the Drivers Union celebrated the arrival of the final step in Mayor Durkan’s Fare Share plan – a Fair Pay Standard for drivers.

Drivers Union urged City Council to quickly take up the measure with improvements to ensure greater transparency for riders and a living wage for drivers.

“The need for a Fair Pay Standard that combats racial inequity has never been more urgent than it is now for Black and brown immigrant drivers who are on the front lines of both the economic and public health impacts of the pandemic,” said Peter Kuel an Uber and Lyft driver since 2013 and President of the Drivers Union. “We thank the Mayor for introducing this urgently needed measure and are eager to work with City Council to build on the plan with improved transparency and living wage protections that benefit both riders and drivers.”

For years, Uber and Lyft drivers have been organizing in response to company pay cuts demanding increased per-minute and per-mile pay, fare transparency for riders, minimum pay per trip, and policies that account for the full cost of driver expenses.

Drivers Union has led the campaign to put fair pay for Uber and Lyft drivers on the agenda at City Hall through actions like surrounding City Hall with a driver caravan, organizing multiple drivers actions, and documenting Uber and Lyft taking more from riders while paying drivers less.

“There is no doubt that we would not be here without a strong movement of Uber and Lyft drivers organizing together as a union to demand fair treatment,” said Lata Ahmed, an Uber and Lyft driver and leader in the Oromo community. “We come from all over the world – Somalia, Ethiopia, Eritrea, South Sudan, Gambia, India, and many more places – but when we organize together and speak with one voice, we have the power to make change.”

The Fare Share plan has been backed by a coalition of over 60 housing, transit, labor, environmental, health, and social justice groups that came together to make sure Seattle’s growth works for everyone.

“The labor movement is proud to support Black and brown immigrant workers in their struggle for fairness,” said John Scearcy, Secretary-Treasurer of Teamsters Local 117. “Uber and Lyft drivers deserve what all workers deserve – a living wage, dignity and respect.”

The Fair Pay Standard – which would complete the Mayor’s Fare Share plan – is built off of over a year of stakeholder outreach, surveys and townhalls which engaged thousands of drivers, and recommendations from a city-commissioned independent study that found that Uber/Lyft drivers in Seattle often earn less than minimum wage after expenses.

Uber and Lyft have sought to avoid pay regulation, most recently by financing a competing study which has been widely criticized in the academic community for methodological flaws and bias.